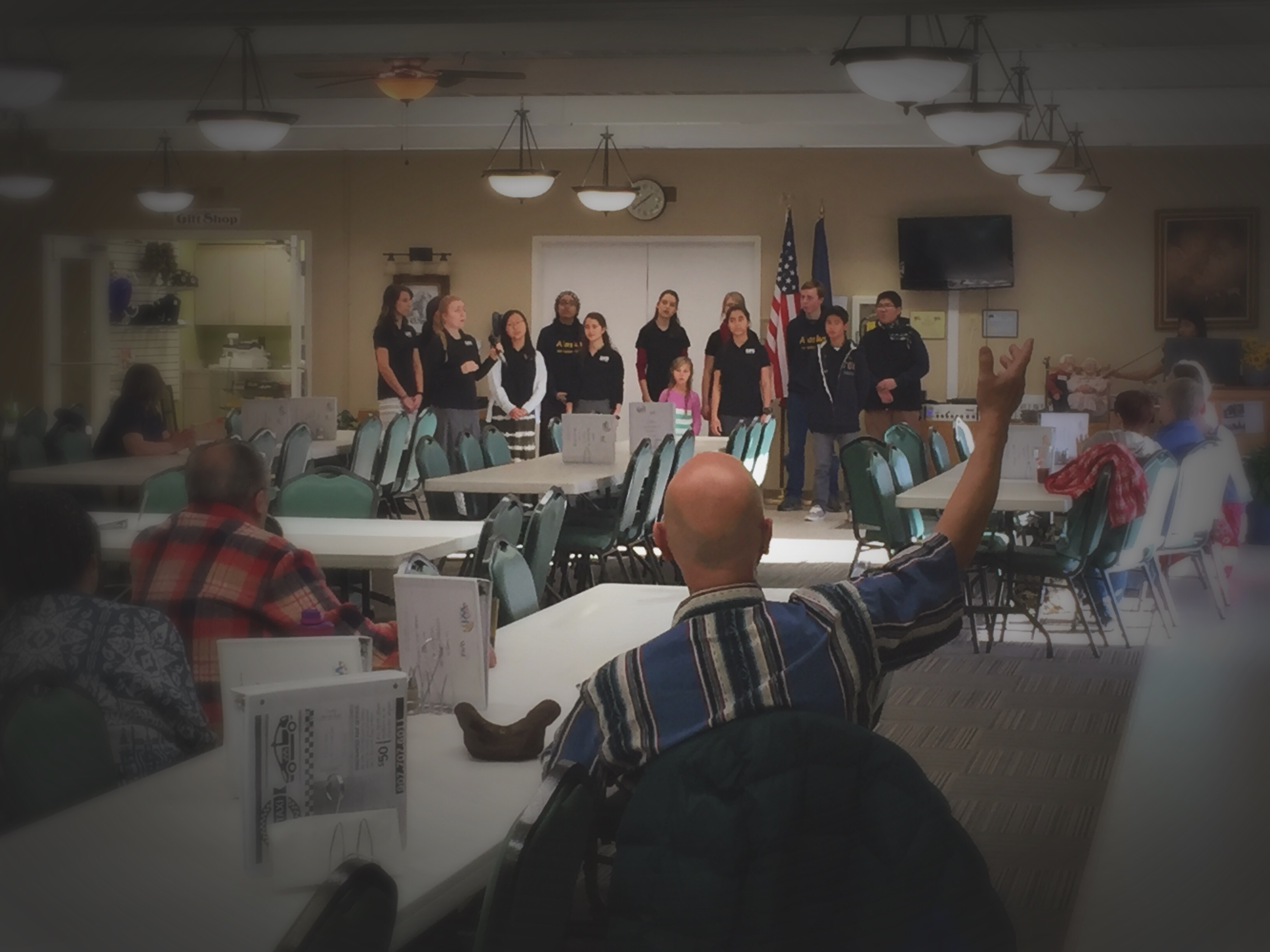 Today we had two concerts scheduled at senior centers in and near Wasilla this morning, as well as the Depression Recovery programs in the afternoon. At the first concert in Pioneer Memorial Veterans’ Center, the residents were very friendly and hospitable, and the facility was attractively decorated and well kept. Two World War II veterans in particular were quite active and accompanied us on a tour of the building, keeping us entertained with their stories and jokes. We had the privilege of spending quite a bit of time with them.

Only a few people attended the second concert at the Wasilla Senior Center, but the program went much better than I expected. I had the privilege of talking to a lady who was discontented with the music at the church she attended every so often. She said that it made her head hurt. This opened the door for me to share a little bit about how music affects the brain as well as the Depression Recovery seminar that will be taking place in Wasilla this evening. She was very interested and plans to come to the program.

Other than the Depression Recovery programs scheduled that evening, the rest of the afternoon was free. While some of us went for a walk around the property, others rested a bit or helped prepare food for tomorrow’s breakfast as we will be having an early start.

Even though it sometimes seems as though we aren’t doing anything spectacular on this trip, it was really a blessing to minister to the veterans and other seniors today. Truly, it is only through giving that our cups of joy may be filled.

Get Daily Blog posts on: https://missionalaskablog.wordpress.com