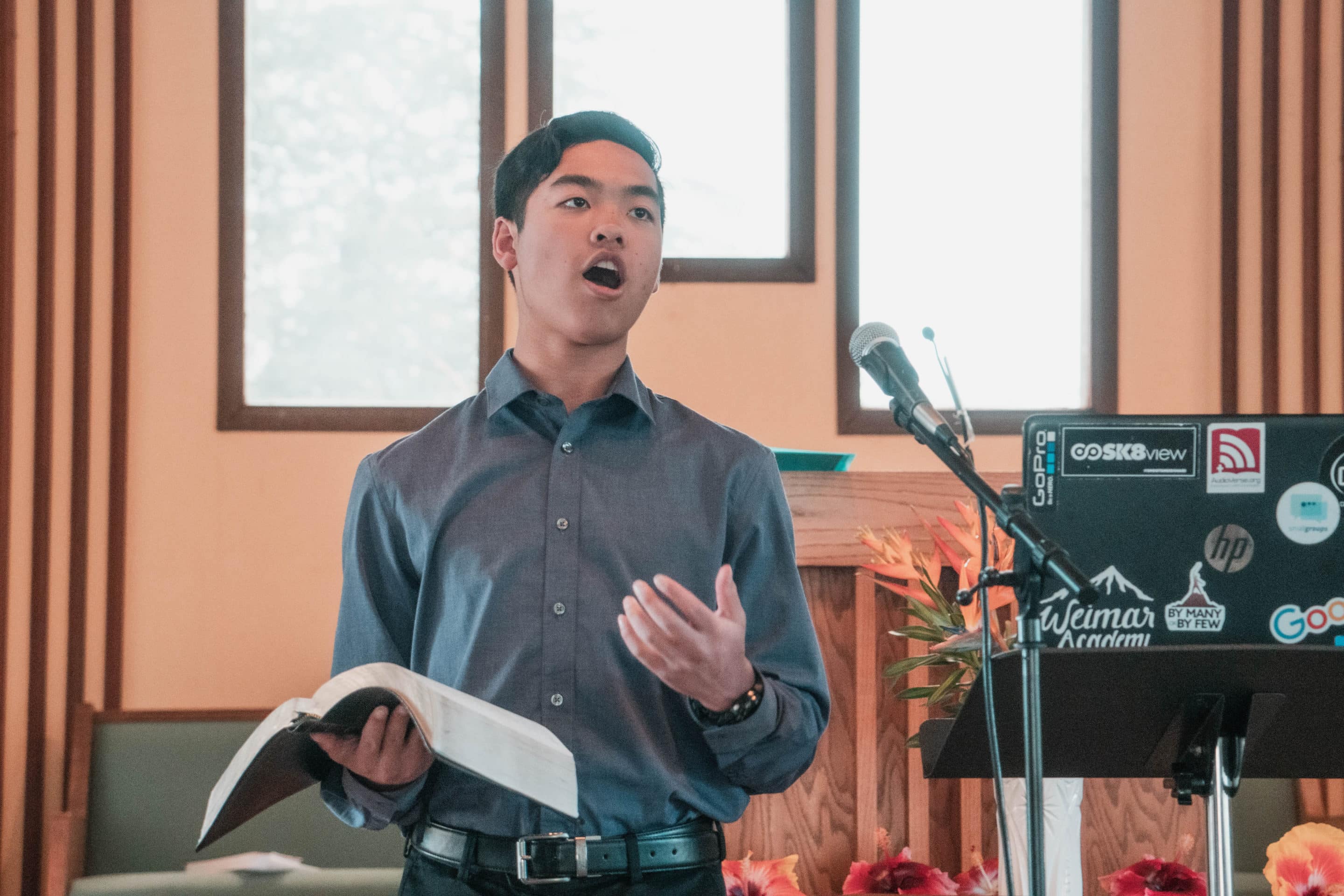 When people would ask where our class was going for a mission trip this year, they always seemed quite surprised when I would reply that we were going to Molokai, Hawaii. Understandably so. Usually, when you think of going to Hawaii, you think of the gorgeous beaches, beautiful weather, stunning sunsets, or an ideal vacationing spot. In all that, we often forget about the people there. We forget that there is still work to do even in our own homeland, and that’s what we continued to discover each day we spent in Molokai.

For the ten days that we spent in Molokai, we put on a total of four Health Expos. Two of the health expos were located in the nearby town, and the other two were in more rural locations on the island. Putting on these Health Expos allowed us to quickly connect with people in the community that might not have been able to come to our Health Meeting. We were able to share with them the principals of NEWSTART (Nutrition, Exercise, Water, Sunlight, Temperance, Air, Rest, Trust in God). It surprised me that even though the health tips we were sharing were so simple, many of the locals that went through the health expos said they had learned something new that they would try to apply in their own lives. They were excited to see young people going out in the community to promote health.

Towards the end of our stay in Molokai, several students gave health talks covering each element of Newstart as well as mental health. We might not have had the huge crowd that we wanted each night for the health meetings or kids meeting, but we could tell that the people that did come were richly blessed and they greatly appreciated what we were sharing with them. It also served as a reminder to us that it’s not the numbers that really matter. Each soul is valuable in God’s sight, so even if we had flown from California to Molokai for one person to attend our meetings, it would have been worth it because “all of heaven rejoiceth over one soul that has been saved” and so should we.

There was one gentleman who attended every single health meeting that we held, and after every presentation, he would come up to me gushing about some new health tips that he had just learned from the presentation. Then he would come back the next night and share with me how he had applied what he had learned from the presentations the previous night. Before we left, he told us that he had been having some health problems and recently left the hospital. He had been trying to make some improvements in his life, and he firmly believed that we were God sent.

Sabbath afternoon, we put on a concert for the whole community. I would say our concert was one of the highlights of the mission trip, and it was also our farewell to Molokai. Sometimes it didn’t seem like we were making a huge difference in the community or that our outreach had been successful, but after the concert several people came up to us and expressed how much they would miss us. It gave us a little glimpse into how God had used us to touch the island. We may not have seen all the results of the GLOW tracks we passed out, the church services we lead out in, the rooms we cleaned and painted, the concert, the health expos, or the meetings. Still, we trust that God will use the seeds that we planted to grow them into something beautiful even though our mission trip wasn’t some intense trip across the globe where we slept on dirt floors and hand washed our laundry. It was where God lead us and wanted us to be.